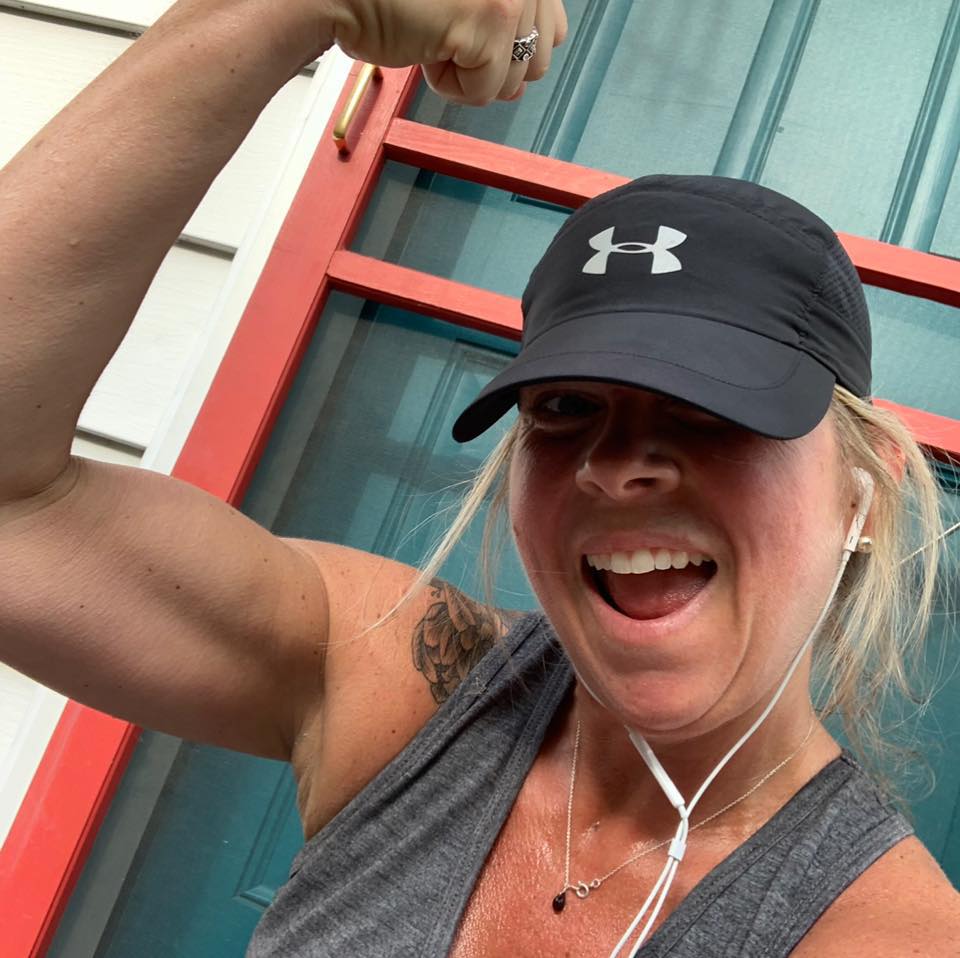 In life, despite all the twists and turns running has been the one positive activity that I can consistently come back to. My running journey started over 18 years ago and I wish I knew what prompted me to jump on my parents treadmill in their unfinished basement. I literally had no idea what type of adventure I was about to begin. In the beginning I was unable to run for one minute but I felt unstoppable. One minute turned into one mile. In May of 2002 I ran my very first 5k. And that feeling of running across the finish line is still very difficult for me to put into words.

For several consecutive years I would continue to take part in the then Fifth Third Riverbank Run 5k until I gave birth to my daughter in 2009. Being a single parent made it impossible to consistently get runs in.

I did it anyway.

It was what I did in ‘my free time’ and in 2012 I was able to participate and finish the Riverbank 25k which has been my longest race to date. I was hopeful that I would be able to train and finish another 25k but I was facing debilitating chronic migraines.

Fast forward to December 2018 with the help of a neurologist and migraine prevention I was able to loose weight that I had gained and push myself further physically and mentally than ever before. Ultimately falling in love with running once again. I also discovered a love for yoga and that prompted some deep soul searching. I no longer use running as punishment for overeating.

Running has became part of self care, stress relief, and even meditation. Every run takes courage, it’s about feeling vulnerable at every starting line and feeling empowered at every finish line.Running is just as much mental as it is physical. With every stride and every rhythmic breath as I feel my feet bounce off the pavement I feel so grateful to have something such as running in my life. Running has taught me to never fear a new start.

I have lost over 80lbs and gained and extreme amount of self love, respect and compassion for my mind and body. I feel incredibly blessed every time I’m able to run further and faster than the time before. I’m equally grateful for the runs I struggle through. All along settling into the mindset that ‘it’s always a good idea to go for a run’.