Hi I’m Kim! My love of running initially started as a way to fill the loss I felt from not being able to ride horses. Riding was something I did all through my preteen and teen years before heading off to college. Running helped fill that gap but it also became a very efficient way […]

Hi I’m Kim! My love of running initially started as a way to fill the loss I felt from not being able to ride horses. Riding was something I did all through my preteen and teen years before heading off to college. Running helped fill that gap but it also became a very efficient way to explore MSU’s beautiful campus, get from class to class and to get out of my dorm room. Through running and grad school I met a friend Audrey, who talked me into my first marathon, the Bayshore Marathon in 1996. After running that race (a little unprepared) I truly questioned running “long distances”. I did continue running though just for myself, occasionally doing local Grand Rapids & Lansing 5K’s along with every Old Kent River Bank Run (back then) & Fifth Third River Bank Run (now what it’s known as) I could. Ironically the marathon made the 25K seem like an “easy” & “short” distance.

Somewhere along the way I married, had 2 children & returned to riding horses competitively. As my horse & I started training more competitively in 3-day eventing, I decided I needed to increase my fitness. Running again returned to my life. Shortly after, a strange twist of fate caused my horse to become injured and the running I recently returned to, filled the void of not being able to ride & compete regularly.

Over time, I continued to run on my own & then I decided with the help of a running coach, Chris Gregory, to tackle the 25K distance again. We set our sights on May, 2013 and he mentioned doing a new race as a training run. That happened to be the VERY FIRST GAZELLE GIRL HALF MARATHON!! I was lucky enough to secure a bib and ran the race in less than ideal conditions and LOVED EVERY MINUTE of it!

Since then I have run every Gazelle Girl Half Marathon except one (April 2016), along with multiple marathons & lots of mixed distance races in between. It broke my heart to miss GazelleGirl in 2016 but I could not pass up my opportunity to run in the 2016 Boston Marathon. Its worth saying again that it was an extremely tough decision because I truly love the Gazelle Girl Race and all it stands for!

You now know that I love the Gazelle Girl Half Marathon & the other distances offered. Its hard to find the exact words why until you experience the Gazelle Girl Meet-Ups & Race Day excitement. But why not just run it, why be a pacer?

Well, I also had the opportunity to experience what a pacer can do for a runner in need. After making the decision to complete 2 back to back marathons, the pacing group & more importantly Andrew Buikema, took me under their wing and helped me to a strong finish in the 2nd marathon. Without their help, doubt would have crept in and I would have certainly given up on myself. But with the encouragement & entertainment I made it to the finish with a smile on my face.

Running has opened up opportunities I never imagined. It has allowed me to meet new people, run in amazing places, have these amazing stories, experience humility & exhilaration, sometimes at once. It is a journey & it is an adventure. Every run. Every race. Being a Gazelle Girl Pacer would be my chance to give back some of what has been shared with me through my running. It would allow me to be an active player in the adventure & the journey, not just a participant. I know I would bring extreme admiration for EVERY. SINGLE. WOMAN. that lines up with me on that day in April and I will bring an energy that will help all of us with smiles & a sense of accomplishment as we reach the finish! 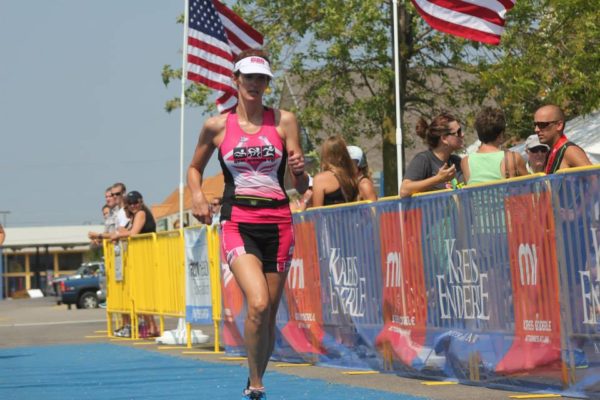